Are Psychedelics Harmful To Health? | You Better Read This

Today, crowds of people are asking ‘are psychedelics harmful or harmless?’ Before getting to that let me shoot another question – did you know that floatation therapy is considered as a legal psychedelic option? When practiced consistently it could induce the same effects as taking a psychedelic drug. Regularly floating in a sensory deprivation tank can temporarily alter one’s consciousness and perception. But more on that later.

In this article, we will dive into the mystical world of psychedelics. This is undoubtedly an alluring topic that continues to thrill the young modern society. It is also a subject of many myths and facts shrouded in mist. Parents beware but every regular teenager is eager to try a psychedelic drug and experience an altered state of mind, full of vivid hallucinations, intense sounds, and colorful visions. Using psychedelics as a mean of entertainment and method of socialization is just one side of the coin though.

What many people still don’t know is that psychedelic drugs are often used in medicine to treat various mental conditions such as depression and nicotine addiction, for instance. Is it safe? Is this stuff legal in the first place? What are the most popular psychedelics and how do they work? We will depict the answers to these and other questions in the sentences below. But first things first. Let’s begin by the (not so) obvious.

In Greek, the word psychedelic stands for ‘mind-revealing’. They are also referred to as entheogens, which means ‘generating the divine within’. Practically, they are substances that can trigger an altered state of consciousness. Often this involves bizarre thoughts, extreme moods, and realistic-alike hallucinations.

Such types of compounds have been used for decades in various cultures. It is largely believed that psychedelic drugs can unlock hidden potential of the human mind. They allow separation of the mind from the body, thus creating an unparalleled transcendental experience and greater self-awareness.

How Do They Work?

Most of the psychotropic opiates artificially affect the brain via their chemical interaction with it. Unlike them, psychedelics are known to stimulate it naturally to provoke authentic expression of the psyche which is impossible to reveal in other circumstances.

The different psychedelic drugs we are about to examine in a minute affect the brain in a slightly different manner. Still, the mechanism is the same. In Layman’s terms, they stimulate serotonin receptors.

The substances found in those drugs increase the neural activity in the brain and more specifically in the visual cortex. Furthermore, they directly affect the limbic system – an area of the brain responsible for processing memories and emotions.

In that way, psychedelics are like the naturally occurring molecule DMT that is present in some plants and animals. In fact, DMT can also be found in the human body (in the lungs).

One thing to keep in mind is that the continuous studies on how psychedelics interfere with the human brain are yet uncertain and poorly understood.

Popular Psychedelic Drugs and Their Effects

There are many variations of psychedelics but we will look at 4 of the most popular.

Ayahuasca, a.k.a The Purge

Ayahuasca is a brew used by Shamans in the Amazon to cure illnesses and to connect with the spiritual world. It is a tea made as a combination of the plant Psychotria Viridis and a vine called Banisteriopsis caapi. When taken, this drug can produce a long-lasting high – up to 7 hours.

In his mind-bending book ‘Tools of Titans’, the author Tim Ferriss claims that ayahuasca had a life-changing experience for him. At first, it was scary because he had full-body seizures for 48 hours accompanied with strong hallucinations.

However, based on his own words, the drug reprogramed him and the changes are perceptible to the present day.

The drug is known to be visionary, triggering strong visions. What’s good to know about ayahuasca is that those who take it are fully aware that they are hallucinating. Why they called it ‘The Purge’? It’s because often the individuals under its influence have uncontrolled vomiting and defecating. Not a pleasant side effect, huh?

As outlined above, DMT is a natural tryptamine molecule found even in the human body. Not only that, but ayahuasca contains DMT which makes both drugs highly similar when it comes to the experiences they provoke.

DMT directly hits the brain’s serotonin receptors. Controlled research shows that this drug can make you very happy or sad. It influences emotions, visions and some physical senses. It is dangerous to be ingested since it’s toxic so it’s better to be inhaled (smoked in a pipe or bong). Unlike as with the ayahuasca, the high is much shorter lasting for 15-20 mins. Individuals who take it usually report experiencing an extraordinary sense of joy and a deep sense of awe.

Psilocybin is another naturally occurring ingredient found in over 200 species of mushrooms. Just an hour after being ingested, these edibles can induce powerful hallucinations and lead to a unique state of bliss and self-awareness.

Being a strong serotonin receptor, the psilocybin connects parts of the brain that normally don’t communicate with each other. According to different studies, when under the influence of psilocybin, the brain reacts in a way similar to its activity when dreaming or experiencing extremely strong emotions.

Another natural compound, ibogaine is rarely used for recreational purposes. It has been widely applied for treating abusive disorders such as opiate addictions and alcohol abuse. It is an alkaloid found in African plants and most specifically in Tabernanthe iboga.

The high has three phases (usually it’s an entire retreat) and the effects continue for up to 72 hours. It affects thoughts and emotions. It can also produce dizziness, nausea, and heartbeat irregularities. That’s why it is not advised to be taken unless under medical supervision

First, it’s worth mentioning that psychedelic drugs are not addictive. They don’t change the chemistry of the brain even though they directly influence the mind. It’s another reason because of which psychedelics are so popular.

With that being said, these drugs are not for everyone. Even though they are physiologically safe, their uncontrolled consumption could be dangerous and even life-threatening.

They can lead to serious psychological and sometimes physical damages.

Even though they are physiologically safe, their uncontrolled consumption could be dangerous and even life-threatening. They can lead to serious psychological and sometimes physical damages.

People who have certain conditions such as heart issues and cardiovascular diseases among many others shouldn’t take most of the psychedelic drugs. Furthermore, it’s risky to combine them with heavy medications since this can cause unpredictable scenarios.

The main purpose of psychedelics remains and should be fighting various mental disorders – addictions, phobias, traumas, etc. It is highly recommended to consult a doctor before taking psychedelics. In addition, it’s crucial to have a ‘sitter’ by your side. It should be someone you can trust. Someone who could keep you from doing crazy things while under the influence of such drugs.

The best way to take psychedelics is by the means of microdosing – strictly scheduled small doses of a certain drug. In that way, you don’t risk to have undesired whole-body effects while brain cellular response still occurs.

Most of the psychedelic drugs are illegal in the USA when they are ‘cooked’. For instance, plants containing DMT can be legally bought online. However, brewing and distributing ayahuasca tea is considered as breaking the law as is using LSD.

The same applies to the so-called magic mushrooms containing psilocybin. It is not legal to possess and sell them even though it is allowed to consume them in private places. In some European countries as well as in Mexico, Canada, Brazil and others, psychedelics are not forbidden to consume in public. In brief, the legal status of psychedelics vary from country to country but in general, most of them are illegal.

The only legal option is floatation therapy. Many people who are eager to explore their inner selves combine psychedelics with sensory deprivation to boost the experience. What they probably don’t realize is that the very fact of having a regular float practice acts as a psychedelic drug in the long run. Stories of people reporting presence of hallucinations, blissful moods, and hyper-self-awareness are not rare.

This is not surprising, given the extraordinary, yet mystical benefits of float tanks. If you want to learn more, then inform yourself about these four books about sensory deprivation.

Taking magic substances is a two-edged sword. It could be fun, it could even help you alter your behavior in a way you’ve always wanted. However, stay safe and take all the precautions necessary. Ask yourself the question why you want to do it and what the potential consequences would be.

Have you ever tried psychedelics? Leave a comment below!

2 thoughts on “Are Psychedelics Harmful To Health? | You Better Read This”

Subscribe to our newsletter and receive the latest posts as well as industry trends straight to your inbox. 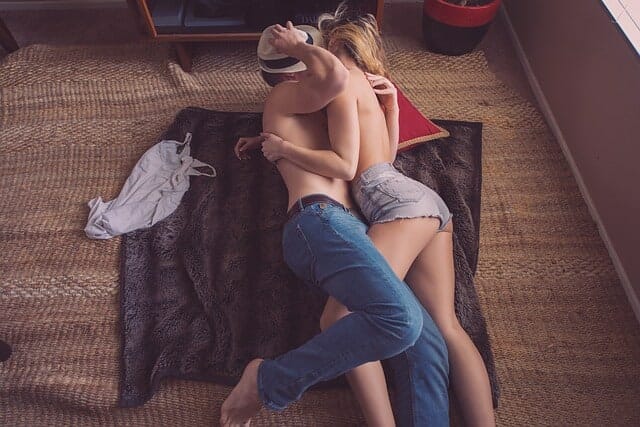 What is the common thing between sensory deprivation and sex? Let’s see – they are both very popular, they relieve… 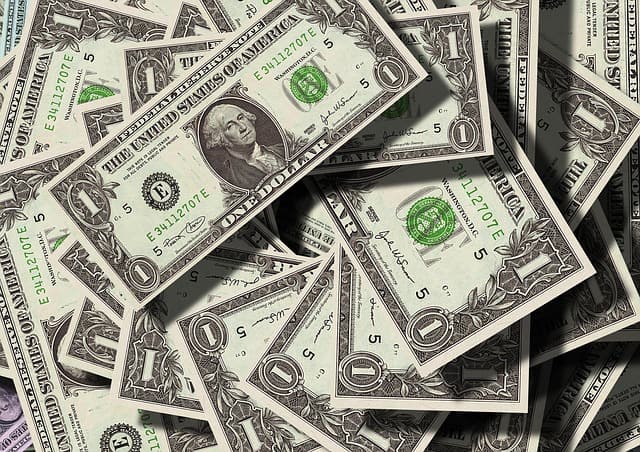 The cost of sensory deprivation tanks varies and is influenced by a lot of factors. We’ve sorted them into 2… 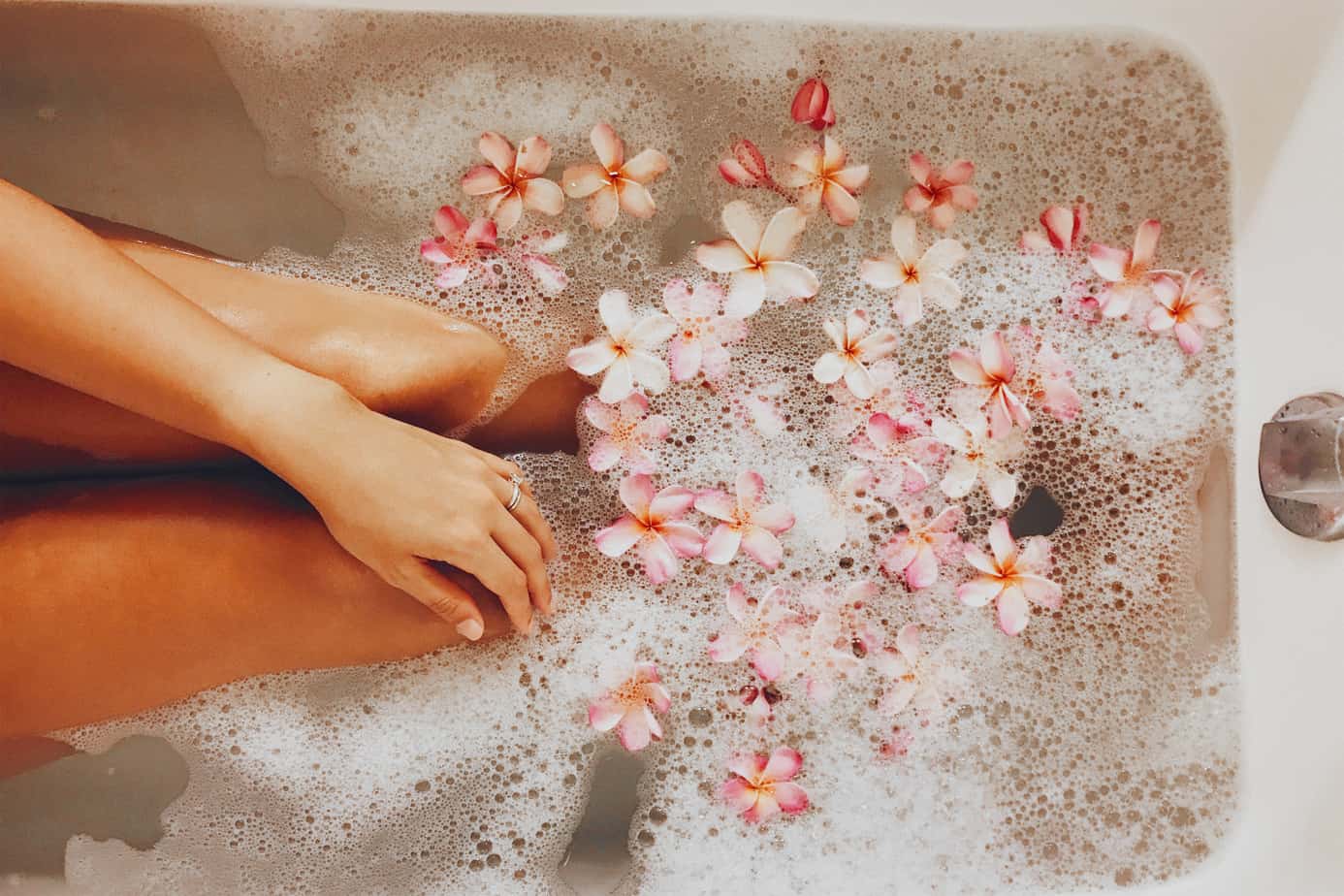 Have you ever thought of experiencing the benefits of soaking feet in Epsom Salt? Probably you will be surprised to…

Often, we can’t imagine doing anything without our partner. We want to share everything with the one we love most…. 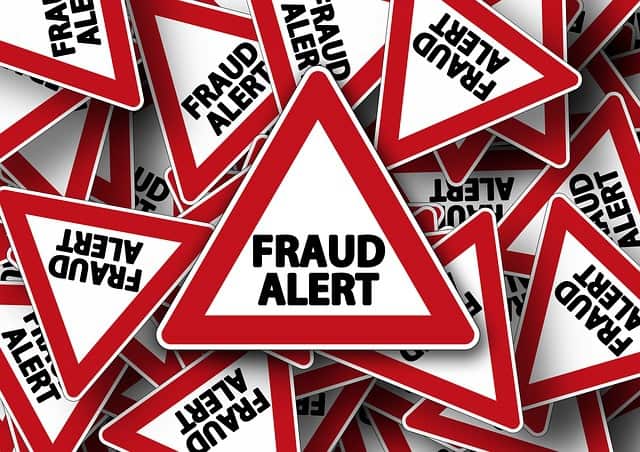 In general, are you a believer or a skeptic? To be honest from the beginning, that will have a big…

Subscribe to our newsletter and be the first to receive latest posts and industry trends straight to your inbox. Don't worry, it is totally spam-free.

floatingathome.com is a participant in the Amazon Services LLC Associates Program, an affiliate advertising program designed to provide a means for sites to earn advertising fees by advertising and linking to Amazon.com. This is at no extra cost to you.