It’s not a surprise that the sensory deprivation is praised by a lot of athletes in various disciplines. 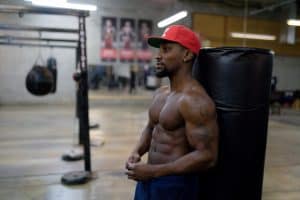 Moreover, many of them use the floatation therapy as a secret weapon for success.

Among the many benefits of floating in an isolation tank is that it reduces the stress levels, enhances the concentration, and helps the recovery process after an exhausting physical activity.

Being successful not only in the sport but in any other field requires a good state of the body but also of the mind.

In fact, everything starts from the mind. From the idea of an accomplishment to the discipline leading to its full realization.

That is why the meditation is a part of the everyday training of every respected athlete who constantly aims to be the best.

It is a well-known fact that the sensory deprivation is conducive to meditation. By isolating the brain from any stimuli, it creates the perfect environment for a deep mind relaxation and self-awareness.

In the rest of this article, we are going to check out the men and women of sport for whom the sensory deprivation is a mandatory part of their preparation and recovery.

This man needs no introduction. Lennox is one of the greatest boxers of all time and part of the boxing hall of fame.

During his legendary career, he managed to defeat tough opponents such as Evander Holyfield, Vitali Klitschko, and Mike Tyson.

On February 6, 2004, Lewis announced his retirement from the ring with 41 wins and only two losses.

He was by then an undisputed world heavyweight champion holding an impressive fighting record that established him as one of the most respected athletes in the world.

On his website lennoxlewis.com, he talks about the importance of the sensory deprivation as a part of his training.

Lewis says that he used the floating in an isolation tank as a post-workout routine that helped him to better control his mind and as a ‘treatment’ for sore muscles.

To this day, Lennox recommends the floatation therapy to anyone who wants to achieve success in the sport and cites the sensory deprivation experience as a crucial step in his physical and mental relaxation.

Another legendary and ultra-successful Lewis who is also retired now – the track and field winner Carl Lewis is another huge fan of the floatation therapy.

For those of you who are not familiar with his impressive records, Carl is a multiple Olympic gold medalist and holds ten world championships medals.

During his amazing career, he managed to break not only a record or two and that resulted in him being voted ‘The World Athlete of the Century’.

Lewis has stated numerous times that he practiced sensory deprivation as part of his physical and mental preparation before but also after a competition.

Floating in a tank has immensely helped him to better shape his mind and body and to obtain the mental state of an always hungry winner.

Everyone who loves soccer knows who Wayne Rooney is. The English forward player quickly gained fame at the beginning of his career back in 2002 in FC Everton and stunned the world with his unbelievable skills. He was 16.

Rooney was an important part of the glorious football club Manchester United and a record goal scorer for the English national team.

He now continues to play in the team in which it all started for him – FC Everton.

During his career, he received many prestigious awards some of which were PFA Players’ Player of the Year as well as FWA Footballer of the Year.

His colleagues often refer to him as a well-oiled machine with an iron mindset.

An athlete with such achievements and discipline definitely should have his ways to build and maintain his mind and physique always in the best possible shape.

In fact, it is known that he spends at least 10 hours per week in his own float tank purchased by his wife Coleen. The family owns a modern $6000 isopod in the form of an egg that is installed in their luxury mansion in Cheshire.

Do you want to have an isolation tank at home just like Wayne Rooney but at a lot cheaper price? Then check out the Zen Float Tent and start floating at home right away.

At first, Wayne wasn’t sure that this was ‘his thing’ but after trying it several times he immediately felt the rejuvenating effects that the floatation therapy had on his muscles and mental shape.

To this day, floating in an isolation tank is an everyday habit of one of the most successful soccer players in the world.

We are quick- jumping in another sport loved by millions of people – the American football.

Undoubtedly, Tom Brady is the Lennox Lewis in his field. The quarterback is among the most successful players of all time winning five Super Bowls for the New England Patriots.

He has been rewarded with four Super Bowl awards and three league MVP awards – the most awards won by a single player in the history of the sport.

Brady’s impressive results certainly aren’t a gift. The man has worked hard to achieve such a stardom and success.

Similarly to many other outstanding athletes, Tom realizes that everything starts from the mind. That is why in the earlier stages of his career he learned to practice Transcendental meditation.

Not only that but he discovered the powerful benefits of the sensory deprivation and the floatation therapy.

Just like Wayne Rooney, Brady owns his own floatation tank at home and never misses a chance to float for an hour or two.

Tom doesn’t just use the tank for healing his sport injuries or for the sake of the skin benefits of the Epsom Salt. He transformed the floatation therapy into a powerful meditation ritual that helps him to maintain a strong and focused mindset and to deeply relax his mind.

The results are pretty self-explanatory.

According to many, the Golden State Warriors player Curry is the greatest basketball shooter in the NBA history.

The stats of the point and shooting guard are simply astonishing. He was the leading figure behind the first ever victory of the Warriors since 1975 and he was voted the NBA Most Valuable Player Award.

There is no doubt – Stephen Curry is a winner with a strong focus and determination who is always ready to break his own limits.

Make no mistake that this state of mind doesn’t come with the birth. It is the process of a regular shaping and constant cutting.

Stephen knows best that the floatation therapy is a wonderful tool for that. Being one of the most famous athletes in the world goes hand in hand with a lot of pressure created by the constant high expectations that the people have for you.

That is why Curry follows the maxima ‘train your mind first. The body will follow’.

Floating in an isolation tank is a strict routine for Stephen and he does it at least two times per week for 90 minutes.

He claims that the Epsom Salt has recovery effects on his muscles and laying totally unplugged in the water, in a complete darkness for an hour or two refreshes his mind, body, and soul.

Quite possibly the most award and medal-winning athlete in the world, Michael Phelps is a phenomenon and a living legend.

Recently retired, the former competition swimmer has the impressive 28 medals. Needless to say that he broke every important record in several disciplines, thus stunning the world every time he participated in the Olympics.

Phelps swam like a speeding fish and nothing was able to stop him.

Known for his inner demons, one of the most accomplished athletes in the world has led battles with depression, isolation, and anxiety for almost all his life.

He knew that in order to defeat his fears and to be the best swimmer, he needed to control his mind and strengthen his concentration and focus.

Phelps has a high-altitude sleeping chamber in his bedroom but he also owns a sensory deprivation tank.

The floatation therapy is an important aspect of his meditation and relaxation and he claims that this method of well-being still helps him to achieve inner peace.

Mousasi holds various records and titles in several different tournaments. He has been given many rewards including Fighter of The Year in 2008, 2008 Biggest Breakthrough Bazzie Award, and 2009 European Fighter of the Year.

He has a black belt in Judo and his skills in the fighting cage are widely famous in the MMA world.

To stand out in a dangerous and violent sport like the MMA takes a lot of sacrifices, strong will and a hell of a solid psychological strength.

Mousasi credits the floating in a sensory deprivation tank as his primary tool for recovery, stress-relief, and concentration.

He explains that floating helps him to completely empty his mind before and after a bloody fight.

Many people think that in the sport the main competition is on a physical level. As we saw in the inspirational examples above, this is not true.

The strength and the skills are just a fraction of the whole picture. The body is nothing without a well-prepared mindset and it is namely the mind that is the main driving force behind every important victory.

It turns out that many athletes swear by the crucial importance of the sensory deprivation. They use it not only for physical recovery but as a tool for shaping the mind and transforming it into a major factor for winning in their game.

And mastering that skill is exactly what defines the difference between mediocrity and greatness. 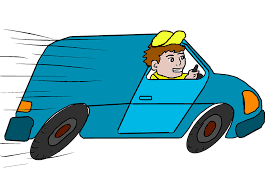 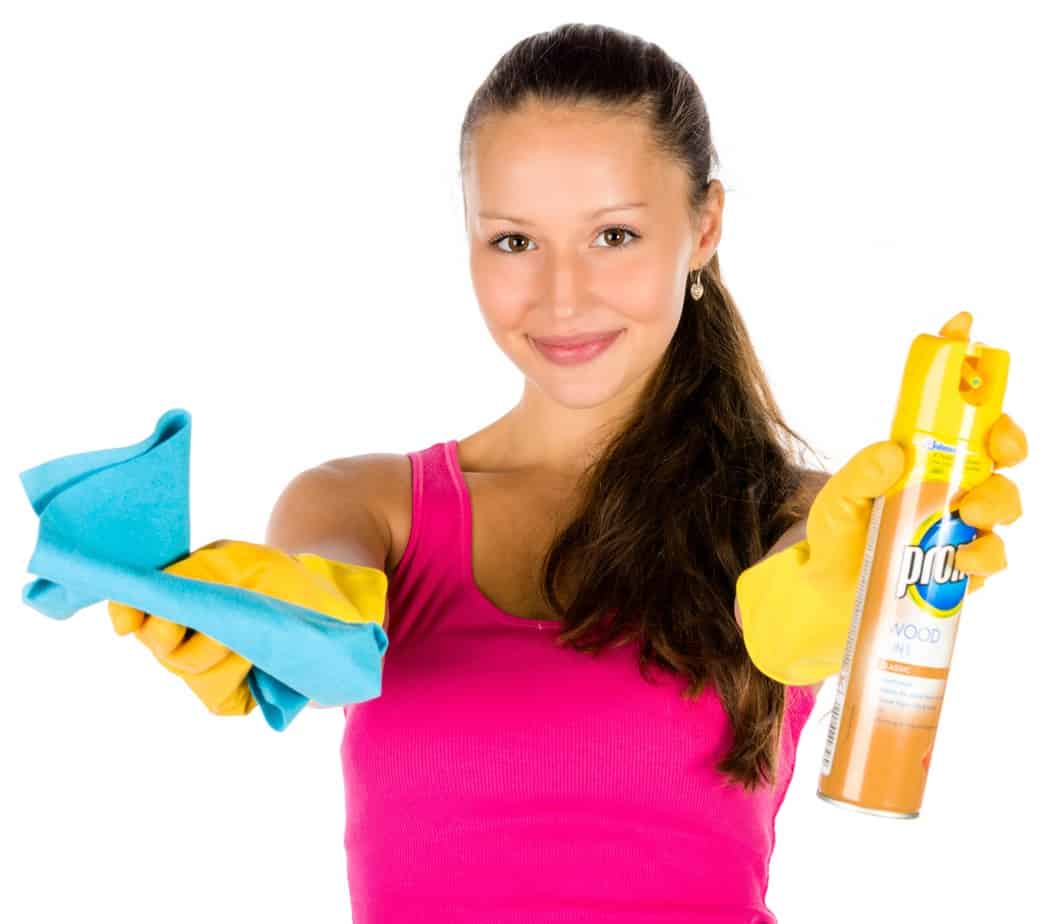 4 Water Care and Cleaning Supplies Indispensable for Your Floatation Tank